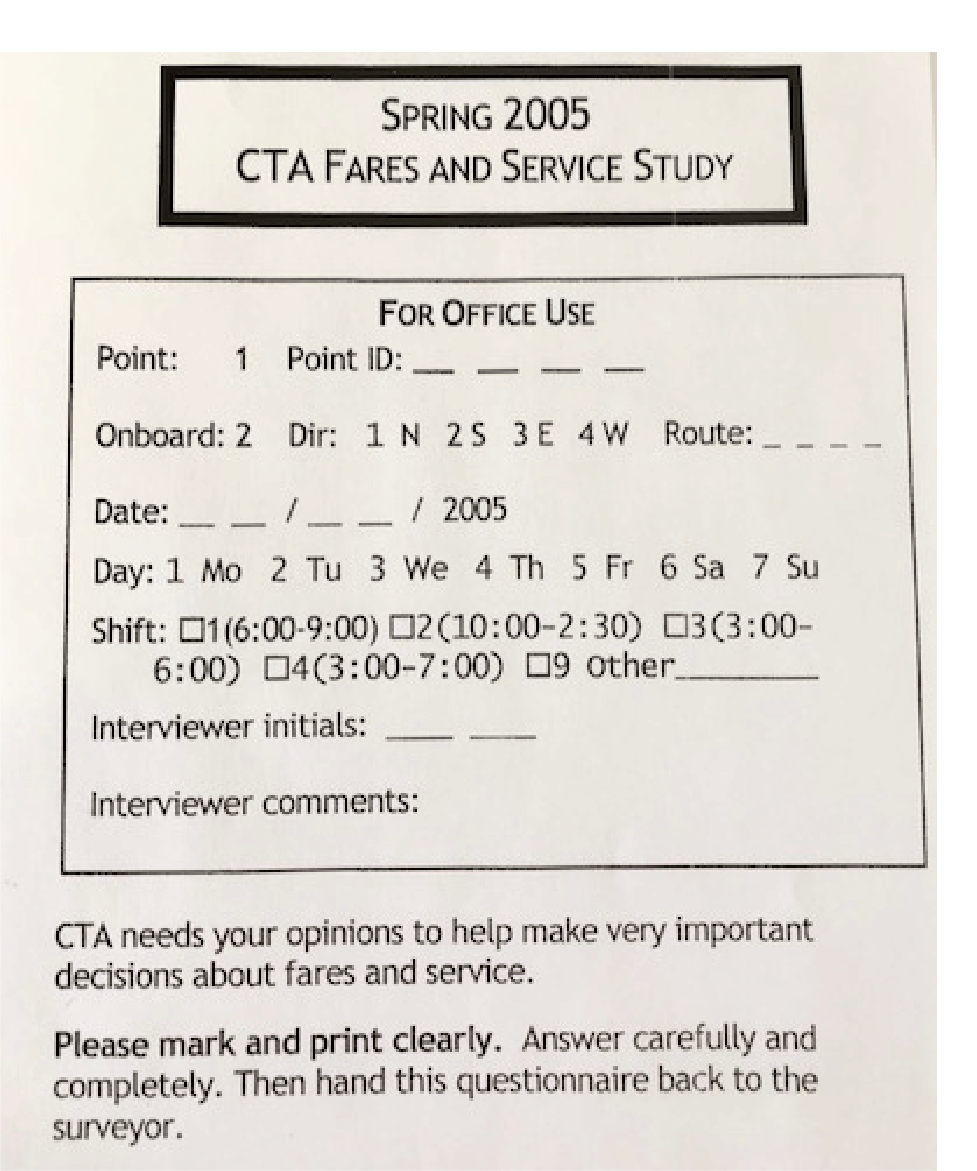 Transystems Corporation hired Canete Medina (formerly cmQue, inc.) as a subconsultant for this project. Canete Medina was responsible for the coding and processing of survey responses. To complete these tasks, Canete Medina developed database software that was used to facilitate coding and processing of the rider intercept surveys conducted on behalf of the Chicago Transit Authority. The software included entry flow and data validation routines that increased coder efficiency and minimize data entry errors. Canete Medina worked closely with Blackstone Group and TranSystems to complete the first phase of the project in a very short time frame. Canete Medina was also hired to do the data entry for the second phase of the study.